Surgery to reshape the nose, (rhinoplasty) is among the most common plastic surgery procedures. This procedure can reduce or increase the size of the nose, remove an unwanted hump, change the shape of the tip or the bridge, narrow the width of the nostrils, or change the angle between the nose and the upper lip. The procedure is also used to correct problems resulting from injury and can help relieve certain breathing difficulties.

There are several goals of rhinoplasty; they include facilitating breathing as well as improving appearance. During rhinoplasty, the surgeon may attempt to do one or more of the following:

Rhinoplasty can involve modifying bone, skin or cartilage, or all three. 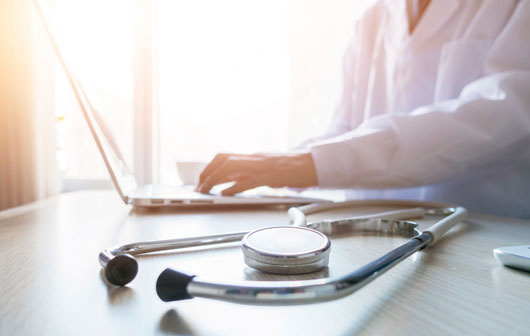 Rhinoplasty, which takes from 1 to 2 hours, is usually an outpatient procedure performed under IV sedation or general anesthesia. Two techniques are typically used. In closed rhinoplasty, incisions are made within the nostrils. In open rhinoplasty, an incision is made across the columella, the tissue between the nostrils. With both methods, the soft tissues covering the nose are gently lifted, and the bone and cartilage are sculpted to the desired shape.

If additional cartilage is needed to augment the nose, it is frequently taken from the patient’s nasal septum. If larger sections of tissue are required, cartilage may be surgically removed from the ear or other parts of the body as well. If the patient has a deviated septum, the septum and inner structures of the nose are adjusted to improve breathing. The tissues are then redraped and stitched closed. If necessary, nostrils are reshaped in the final stage of rhinoplasty.

Immediately after surgery, the patient’s nose and eye area are usually bruised and swollen. Splints and nasal packing remain in the nose for a few days. During this period, the patient may experience some nasal pain or a dull headache, as well as some bleeding and drainage from the nose. Most patients feel like themselves within a few days and are able to return to regular activities in about a week.

To increase comfort, and decrease bleeding and swelling, rhinoplasty patients are advised to follow these post-surgical directives:

Although the patient usually looks “normal” a week or two after surgery, minimal swelling may be present for as much as a year.

Complications associated with rhinoplasty are rare and, when they occur, usually minor. Surgical risks in general include infection or adverse reaction to anesthesia. In the case of rhinoplasty, specific risks include the following:

It is possible that a patient is not satisfied with the results of the rhinoplasty. In such a case, a second surgery, called a revision rhinoplasty, may be performed at a later date.